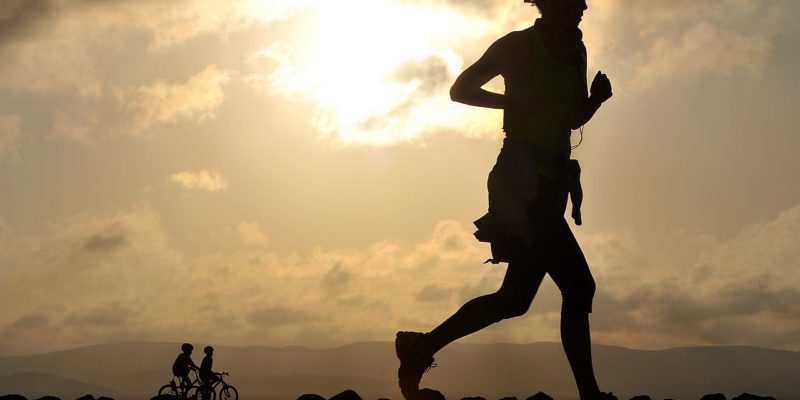 A few years ago, I reluctantly took up running. Not exactly marathon running – more like couch to 5K running. It worked great for a while . . . . and then it got cold. Really cold. I have some genetic limitations – my people are Floridians. After a long slump, a friend invited me to join a six-week fitness commitment. I saw a workout indoors with friends. What I missed was CROSSFIT.

Crossfit workouts have many benefits but are a terrible fit for the temperament of a therapist. They are competitive, comparative, and all the equipment has names like ‘assault bike’. One day, we were ‘exhorted’ to run laps around the building at 5:30 on a cold January morning, exactly what I had hoped to avoid by getting into this in the first place. On lap 4, freezing, heaving, and lagging behind I thought, “This is it. I’m just going to run to my car.” Of course, I didn’t  — mostly because I realized I’d left my keys in the gym, but my desperation got me thinking. I realized that it had been a long time since I voluntarily chose to do something that I’m not so good at and to have that exposure in front of other people who were better at it than me. At the end of that six weeks, I hadn’t lost that much weight or gained the most muscle mass, but I found I had learned how to push myself, to risk pain and humiliation, and to accept that my worth isn’t in always being at the top of my game. This summer, I started running again. I find I am pushing myself harder, less afraid of my physical limitations, and willing to push through the boundaries of pain.

Last week I had the opportunity to attend a leadership conference where Erwin McManus spoke about his perspective on life as he fights cancer. He described getting out of bed to walk mere hours after having abdominal surgery, against all medical protests, knowing that if he could face that pain there was freedom on the other side. I was struck when he said, “God doesn’t define you by your worst moments, but by His best moments. He sees it in a future that you cannot even imagine. Failure is not the end of the story. When you’re living in a story bigger than your own, failure only makes your story more interesting.”

Here at CrossRoads, we see people, just like ourselves, doing all kinds of things to escape pain – alcohol, pornography, busyness, withdrawal, and we know that there is no path to freedom that doesn’t move through the pain. If you’re ready for emotional boot camp, call us — we’d love to see you through.